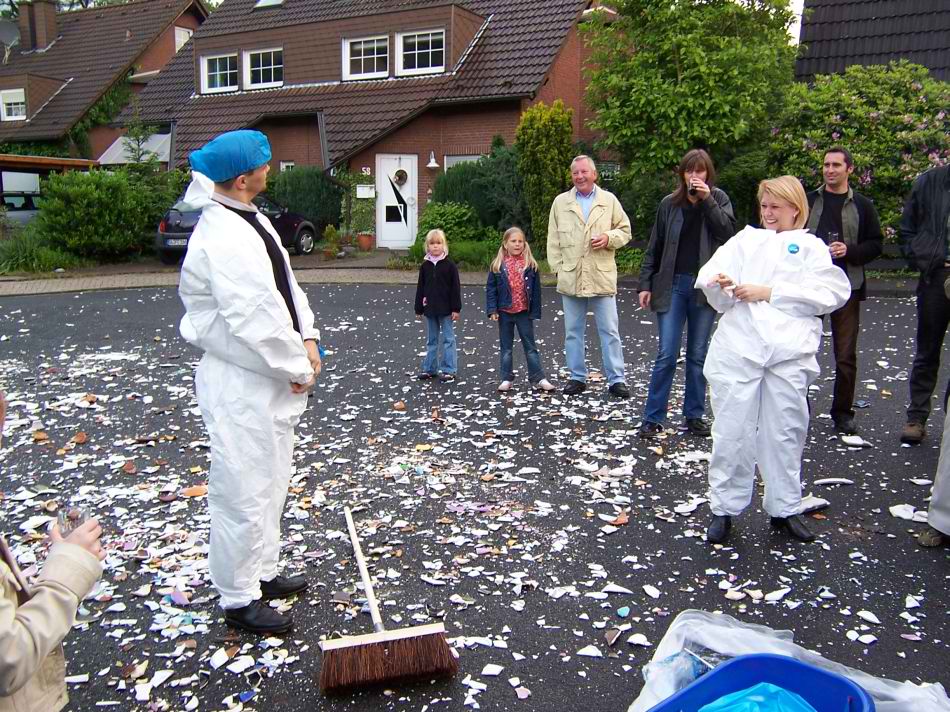 This ritual is all about smashing the dishes. Hosted by the newlywed, the guests bring the bride and groom new dishes as gifts and then they smash them. Pots are clashed, cookeries are broken and even whips are also smashed. The sound scares away evil spirits it seems. By breaking the dishes beforehand, the bridal party is preparing them for the obstacles ahead and simultaneously wishing them luck. 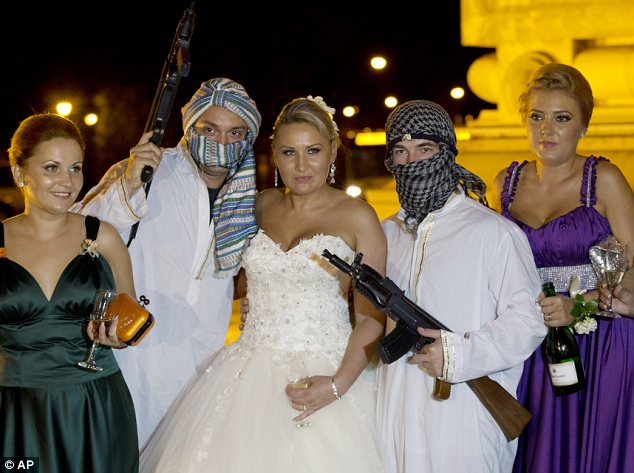 As insane as it sounds Romanian people abduct women he wishes to marry without the consent of their parents. The belief is that if you manage to convincingly or forcefully kidnap a girl and remain her by your side for at least 2-3 days, she will officially be declared as your wife. 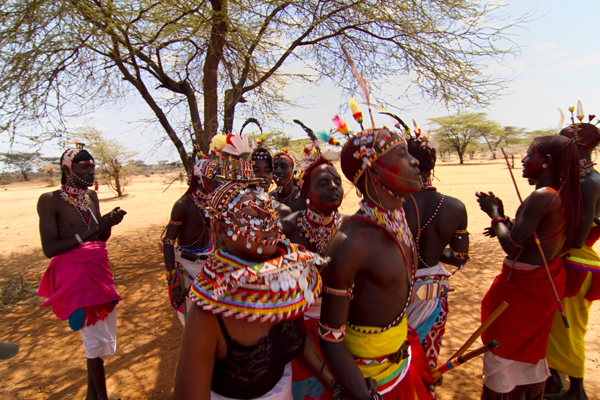 At a Massai wedding, the father of the bride blesses his daughter by spitting on her head and breasts. She then leaves the village with her husband to start their new wedded life. 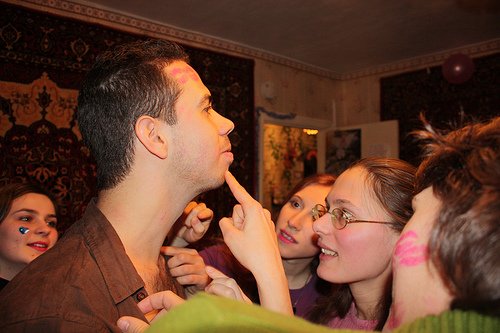 This one is a wedding everyone would love to attend. In Sweden, whenever either the bride or groom leaves their table to use the bathroom, the other gets kissed by many. Awesome right? 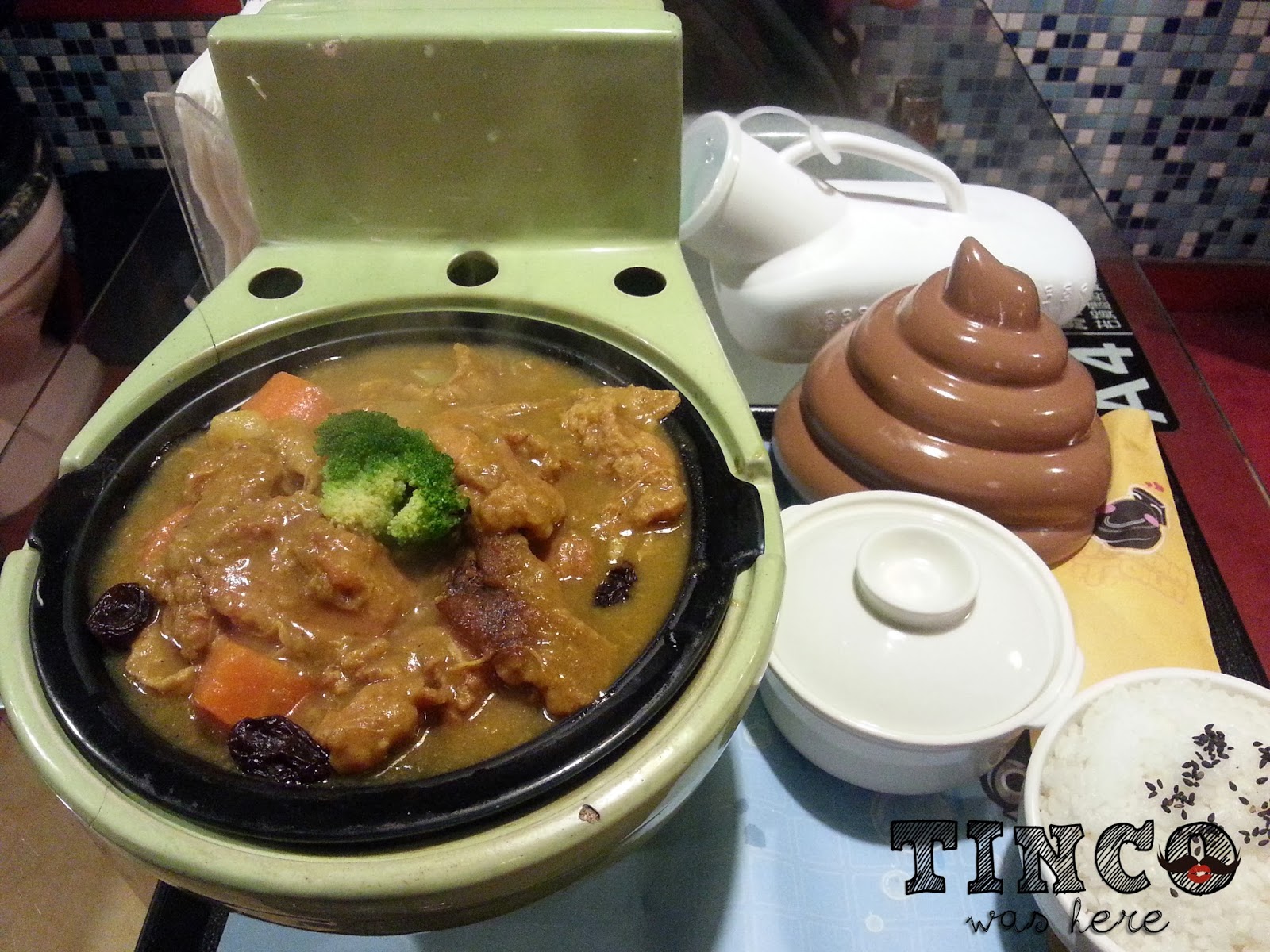 This one’s probably the most disgusting wedding tradition ever. After the wedding ceremony is complete, the bridal party would collect all of the leftovers, bits of trash within a toilet bowl and then barge into the couple’s room. They would not leave until the couple drank it. This is supposed to give the couple fuel to have a great night ahead. Today, although soup is substituted with chocolate, you’re still drinking brown stuff out of a real live toilet bowl.

Indonesian honeymooners are housebound for three days and nights following the wedding while not using the toilet. The couple is watched over and is allowed minimal amounts of food and drink. This honeymoon house arrest is believed to produce a happy marriage full of healthy babies.

There is a group of people called the Daur that live in Chinese Inner Mongolia. In order to finalize the wedding date the bride and groom are required to kill a baby chick while holding the knife together. What a cruel way to start a new chapter of your life. They then proceed to gut the chick and inspect it’s liver. If the liver looks good then they are allowed to set a date. If not, then they have to repeat the process until they find a satisfactory liver. 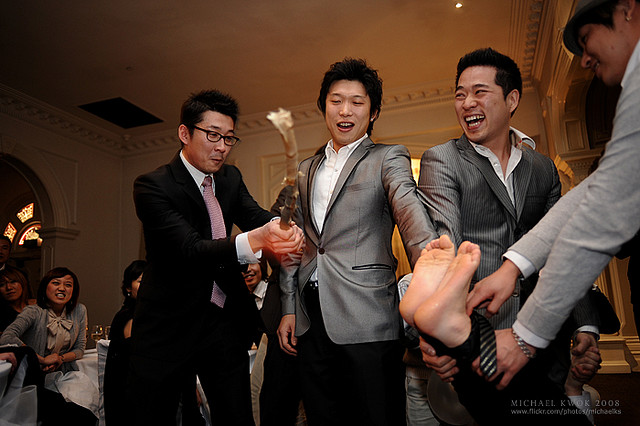 Korean tradition dictates that the groom has his feet beaten with fish or a cane before his first night as a married man. It can be painful but it’s over quickly and more fun than cruel. This is supposed to make sure the groom doesn’t disappoint on his wedding night. Sigh.. 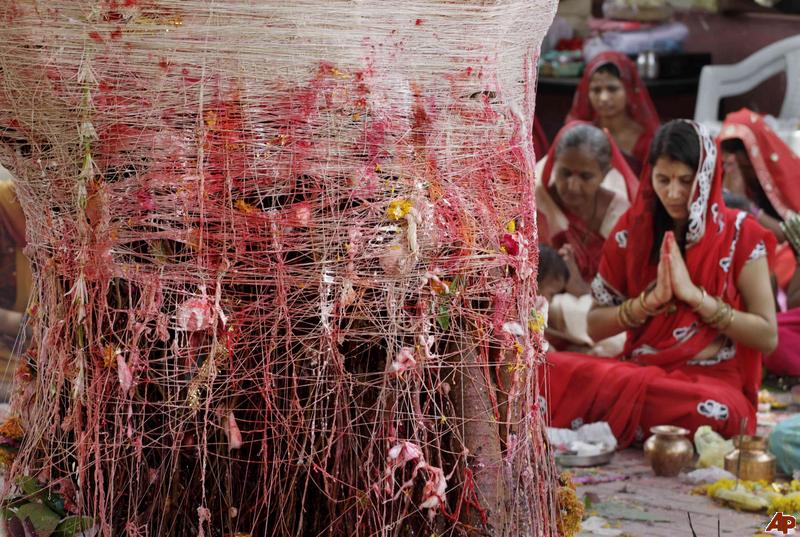 In parts of India women born as Mangliks (an astrological combination when Mars and Saturn are both under the 7th house), are apparently “cursed” and thought to be likely to cause their husband an early death. In order ward of this curse, they must first be married to a tree and the tree cut down to break the curse. So much for a greener environment. 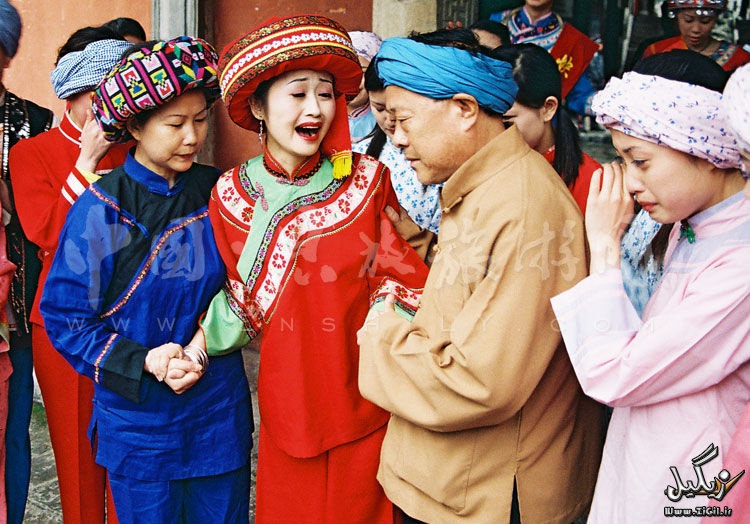 Wedding day preparation can be emotionally draining for some brides. But brides and females of the Tujia people in China take matters to a whole new level. Starting one whole month in advance the bride starts to cry for 1 hour every day. Ten days into the ordeal the mom joins the picture, and then ten days after that, her grandmother. By the end of the month every female in the family is crying alongside the bride. This is thought to be an expression of joy as the women cry in different tones.